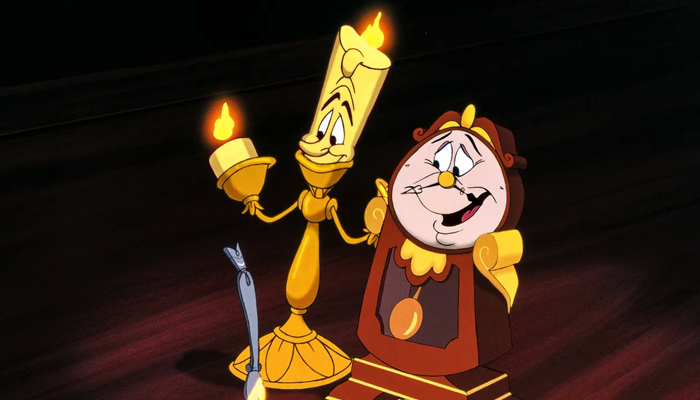 Based on the 18th-century fairy tale, Beauty and the Beast is a 1991 animated American film. It narrates the story of a Beast, who is a prince, punished for his arrogance. As a result of the punishment, he turns into a monster and his servants become household objects. To break the curse, he imprisons a young woman called Belle in his castle.

He must learn to love her and in return earn her love. This must happen before the last petal from an enchanted rose falls. If this doesn’t happen, the Beast will remain a monster forever. This film released by Walt Disney Pictures had voices from some extremely talented artists.

This turned out to be a life-changing gig for this voice actor. He was the voice behind the protagonist of the film, Beast. After lending his voice to this cursed creature, he added many voice roles to his resume. They included the roles in the Kingdom Hearts franchise, The Legend of Prince Valiant, and House of Mouse.

The voice of Belle was given by this lovely actress and singer. She had begun her career in 1983 as a Broadway actress, portraying Ellie May Chipley. O’Hara was given a Disney Legend Award in 2011 for her work.

Before giving his voice for Cogsworth the clock, Stiers was seen in M*A*S*H and North and South. After the critical and commercial success of Beauty and the Beast, he continued his voice work. He lent his vocals in Pocahontas, Spirited Away, Atlantis: The Lost Empire, and Lilo & Stitch.

The voice behind the ‘crazy old Maurice’ was of Rex Everhart. In the film, Maurice is Belle’s father. Before lending his voice to the character of Maurice, he had done several voice works. They included the ones in Superman, Friday the 13th, and Family Business.

Bradley Pierce began acting when he was six years of age. The voice of Chip, the teacup son of Mrs. Potts, was Pierce’s first credited roles. After this voice work, he went on to appear in Jumanji and The Borrowers. He also did voice works in Sonic the Hedgehog and the Kingdom Hearts franchise.

Before lending her voice in Beauty and the Beast, Angela Lansbury appeared in many films. They included Gaslight, The Picture of Dorian Gray, and The Manchurian Candidate. She even won the Academy Award for Best Original Song for her performance of the film’s title song. Lansbury continued her voice works with movies such as Anastasia and Nanny McPhee.

The voice of Lumiere the candlestick in Beauty and the Beast is of Jerry Orbach. He got this opportunity within months of his debut in Law & Order as Lennie Briscoe. After lending his voice in the film, he played Lennie for over a decade. He also did voice works in many episodes of Disney’s House of Mouse.

Before she voiced the Wardrobe in this animated film, she was already famous. Worley had appeared in game shows such as Hollywood Squares and The $10,000 Pyramid. After the success of Beauty and the Beast, she continued her voice works with several other projects.