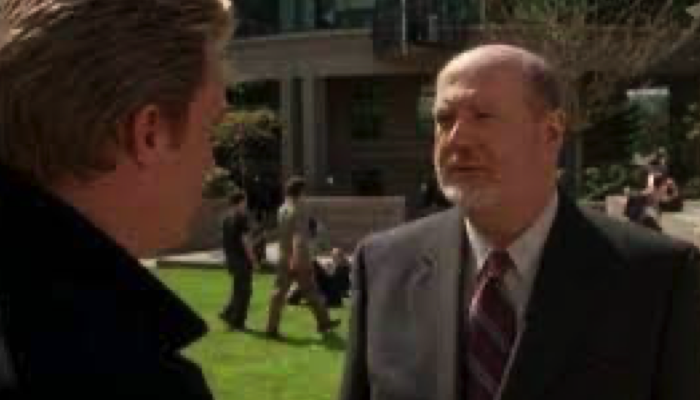 David Ogden Stiers is known for his role as Major Charles Emerson Winchester III in the television series, M*A*S*H. He also appeared in The Magic Show between the years 1974 and 1978. For his performance in M*A*S*H, he had two Emmy Award nominations. In the 1980s, he appeared in the role of Michael Reston, the District Attorney, in Perry Mason’s television films.

During the 1990s and 2000s, he voiced several characters of Disney. They included that of Cogsworth in Beauty and the Beast. During his later years, he continued his voice work for several films and television productions. He also spent his later years as Newport Symphony Orchestra’s conductor.

He was born David Allen Ogden Stiers on the 31st of October, 1942. His parents were Margaret Elizabeth and Kenneth Truman Stiers. Stiers attended Urbana High School, where he had film critic Roger Ebert as one of his classmates. After his graduation from Juilliard School in New York City, he first appeared as an actor in The Magic Show.

Although his role was a minor one, The Magic Show was a Broadway production. He worked in several other Broadway productions after this. They included The Three Sisters and The Beggar’s Opera. He also appeared in the pilot episode of Charlie’s Angels.

With the exit of actor Larry Linville from the hit television series, M*A*S*H, a void was created. Stiers helped fill this void with his character of Major Charles Emerson Winchester III. This happened when he joined the cast of this CBS television series in 1977.

His character was a contrast to Frank Burns, which Linville had played. Major Winchester was sophisticated and articulate besides being an immensely talented surgeon. For this role, Stiers got two Emmy Awards.

Other works in television

Stiers had guest appearances in many television shows after 1983, when M*A*S*H had completed its run. These television shows included Star Trek: The Next Generation, North and South, and Frasier. He appeared as Mr. Bauer in the first season of Two Guys, A Girl And A Pizza Place. This was his regular role.

In the year 2002, he had a recurring role as Reverend Purdy in The Dead Zone. This was a successful USA Network series, in which, he appeared with Anthony Michael Hall. He was cast as Oberoth in Stargate Atlantis in 2006.

His first voice work was for one of the earliest films of George Lucas. Stiers also collaborated with Disney for eight animated films, which included Beauty and the Beast. Besides films, he has also provided voice work for video games such as Icewind Dale and Kingdom Hearts II.

During his days at Juilliard School, he skipped his acting classes to sit in music classes. David Ogden Stiers had received no formal training in music. Yet, he was the associate conductor of the Ernest Bloch Music Festival and the Newport Symphony Orchestra. He has also guest-conducted more than 70 orchestras worldwide.

Stiers died from complications associated with bladder cancer on the 3rd of March 2018. He was 75 when he passed away at his home in Newport, Oregon.